You see it everywhere these days. From Facebook posts and news articles to supermarket shelves and spa treatments, CBD has rapidly become one of the most sought-after supplements on the market.

This leaves the savvy consumer with many questions to answer. What is CBD oil? What does it do, and how does it do it? And how do you pick out a CBD product for yourself?

In this article we are going to answer all of these questions and more to give you the information that you need to decide if CBD oil is right for you.

What is CBD Oil?

While CBD oil can be extracted from both varieties of cannabis plants, it’s typically sourced from industrial hemp plants. In comparison to marijuana plants, hemp plants have higher concentrations of CBD and lower concentrations of THC (less than 0.3% THC, to be exact), resulting in an oil that is CBD-rich and generally legal throughout the US.

Does CBD Oil Get You High? CBD vs THC

While CBD oil can be extracted from both varieties of cannabis plants, it’s typically sourced from industrial hemp plants. In comparison to marijuana plants, hemp plants have higher concentrations of CBD and lower concentrations of THC (less than 0.3% THC, to be exact), resulting in an oil that is CBD-rich and generally legal throughout the US. The Possible Uses of CBD Oil

You will find online accounts of people using CBD oil for every possible ailment. The science, however, has not had time to catch up with all of the ways that people use CBD oil.

With research into this interesting compound still in its infancy, most of the support that we have is preliminary research, meaning that there have not been many human clinical trials completed. CBD has demonstrated the following properties: (R,R,R,R,R,R)

It’s because of these early studies and first-hand accounts that CBD oil is now commonly used with the hopes of relieving stress, pain, sleep troubles, and more. In fact, people are even using CBD oil for their cats and dogs as they too might experience benefits from taking CBD oil.

There is still research into how, exactly, CBD exerts its many effects. One of the primary ways that it is thought to act is through its effect on the endocannabinoid system, or ECS.

The ECS is made up of three parts: receptors that cannabinoids bind to, endocannabinoids produced by the human body, and the enzymes responsible for cannabinoid synthesis and degradation.

While CBD does not have a high affinity for the two primary ECS receptors, it does boost the activity of the endocannabinoid anandamide. Through inhibiting the enzyme responsible for anandamide’s breakdown, CBD increases the abundance and activity of anandamide.

Is CBD Oil Safe? The Side Effects and Risks of CBD

CBD is considered to be a safe supplement, although that doesn’t mean that it comes without risks and side effects.

The side effects tend to occur when large doses are used (much higher than most of us would need for targeting something like stress or pain), and they go away when the dosage is decreased or the patient stops using CBD. Some of these include:

Additionally, CBD can interact with some medications, increasing their absorption. Because of this, it’s important to speak with your doctor before adding in CBD if you take medications that might be impacted by CBD. Thanks to the passing of the 2018 Farm Bill, CBD oil as an extract is legal at the federal level. Following this bill, CBD started popping up all across the country, from supplements and food to spa treatments and lotions.

Yet, CBD oil added to supplements or food is still not considered legal per the Food and Drug Administration (FDA). What this means is that CBD oil can be produced, sold, and used in topical products, but its oral use is not presently 100% legal.

Plus, some states do not agree that CBD oil is legal, as their interpretation of the 2018 Farm Bill and how it pertains to each individual state differs. Take Texas, for example. It wasn’t until April 5, 2019 that the Texas Department of State Health Services agreed to remove hemp as a Schedule 1 drug.

But this legal grey area hasn’t stopped countless small businesses from popping up all over the US, providing consumers with the products that their money is demanding. In fact, CBD oil is one of the fastest growing supplements in the US in spite of legal challenges.

This means that most of us have access to quality CBD oil products. Even if you haven’t seen CBD hit the shelves of your local stores, you can find CBD oil online that will ship to anywhere in the country.

If you’re ready to try out CBD oil, it’s good to set out on a bit of research first. You want to be sure that you are purchasing the best type of oil from a reputable company.

There are three types of CBD oil products:

You might assume that if you’re wanting the most CBD bang for your buck, that CBD isolate is the way to go. After all, it just has CBD so that seems to make logical sense.

Perhaps surprisingly, this is not necessarily the case. In fact, in a study by the Lautenberg Center for General Tumor Immunology in Jerusalem, test subjects given FSHO experienced greater relief than did those given CBD isolate.

Because of the ability of phytonutrients to work better together than apart, or what is known as the “entourage effect,” FSHO and broad spectrum are actually likely to offer the most impactful benefits.

All of that said, you may want to play around to see what sort of CBD oil is right for you. CBD isolate can be more cost-effective than the other varieties, and is both tasteless and odorless. If you are at all worried about testing positive for THC in your workplace, this is also the best option.

Broad spectrum benefits from the entourage effect, without the (albeit small amount of) THC found in FSHO, but FSHO is less processed and has been involved in more testing.

At the end of the day, all three may provide an array of benefits.

After you decide what type of oil you want to use, the next step is to choose your product. There are three broad categories of CBD products:

Oral CBD oil has been to most widely studied and is the easiest for measure out precise dosages, thus it’s usually the one that people will start out with. Topical products can be a good option if there is one area of your body that you would like to target, like a local area of arthritis or lower back pain. Smokable CBD products have the highest bioavailability, although there have not been sufficient studies examining their safety.

The last and final step is finding a trustworthy company that produces the CBD products. You want to do thorough vetting as supplements are not regulated the same way that drugs are, and thus some products will be mislabeled

The best thing to look for is a certificate of analysis (COA) for every batch of products. This COA can help you confirm the percentages of CBD and THC, and they can even test for impurities like molds and bacteria that can be present.

Calm by Wellness offers full spectrum hemp oil CBD oils and edibles made from CBD proudly grown in Colorado. With a 30 day money back guarantee, you can be certain that we stand behind the quality of our products, leaving no risk for you to see what CBD can do for you. 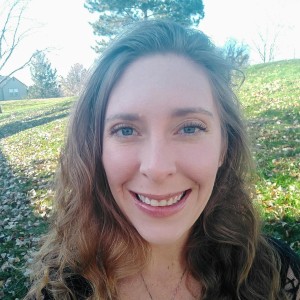 Subscribe to our newsletter to receive the latest news and exclusive offers every week.

Which CBD is
Right For You? Take a quick quiz to find out CBN Oil for Sleep and its Benefits CBD Oil for Sleep and Insomnia

Join the Calm by Wellness Community